The senior researcher team Ilona Pezenka and David Bourdin from the Department of Communication at FHWien der WKW presented their research on empathy and emotions in sales conversations and on framing effects in sustainability communication at the AMA conference in Chania (Crete). 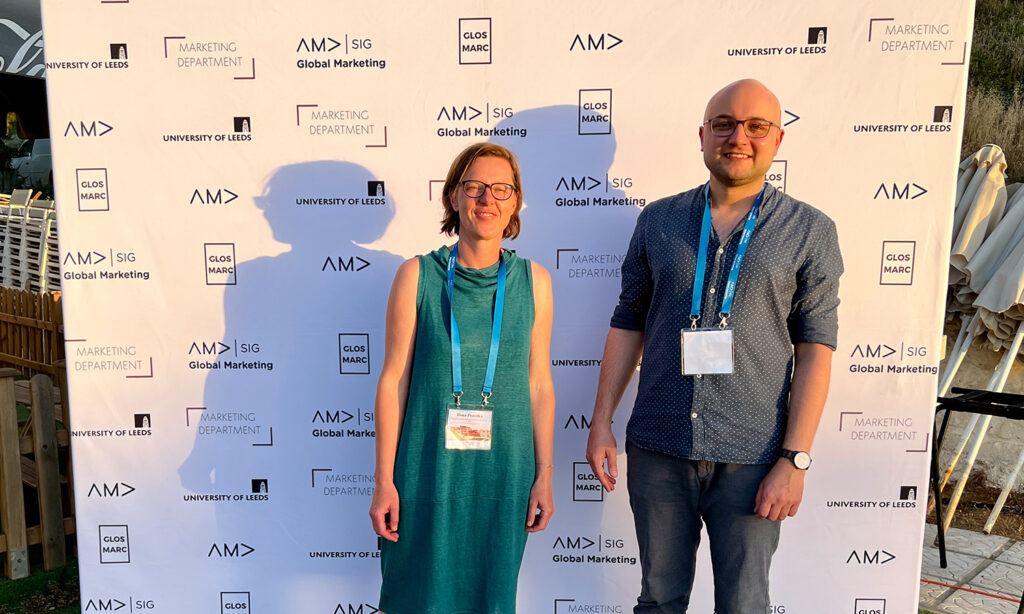 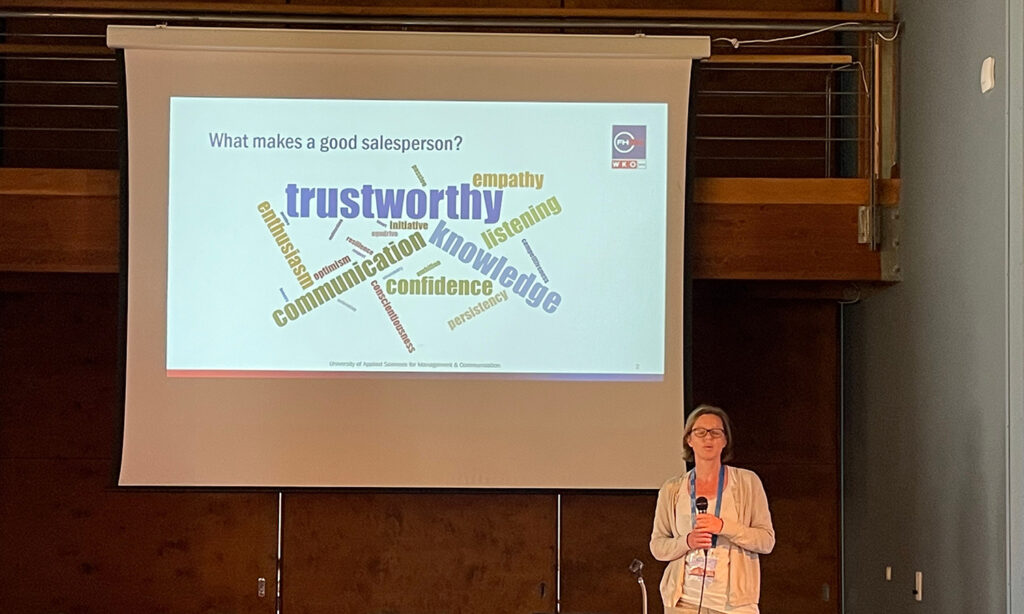 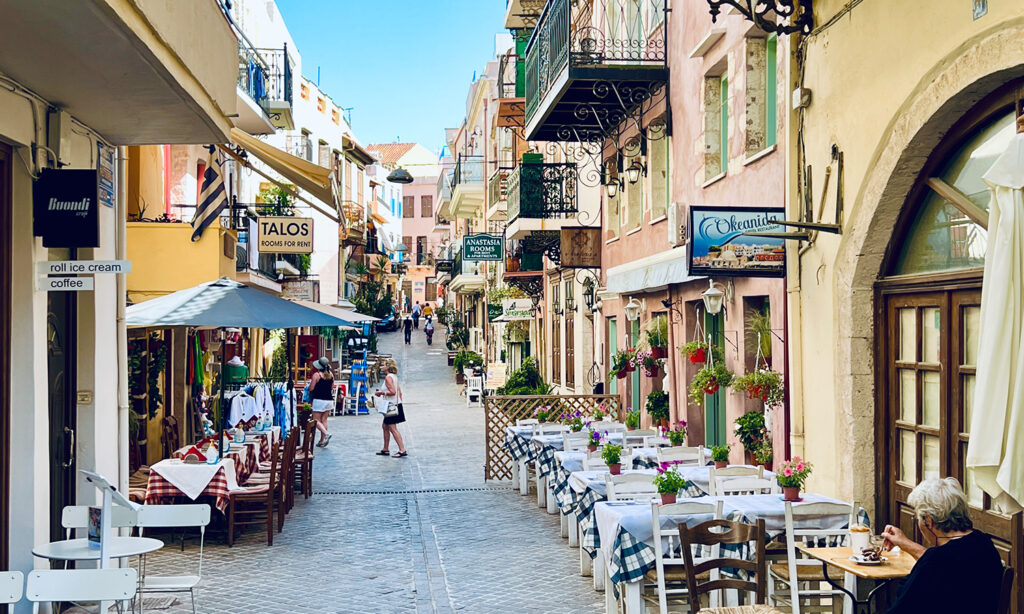 The motto of this year’s AMA Global Marketing Conference from May 31 to June 3, 2022 was “Creating Value for Customers and Companies in a Changing World”. Over 180 international researchers traveled to the Greek island of Crete to present their current project ideas and results in Chania. The Department of Communication from FHWien der WKW was represented with two contributions of the senior researcher team Ilona Pezenka and David Bourdin.

The subjective perception of numbers plays an important role in sustainability communication. Thus, advertising messages that work with numerical information are supposed to draw our attention to the importance of certain measures. In this process, objectively equivalent information can lead to subjective distortions in perception. Based on the already published article on the subjective perception of numerical information (>> read here), David Bourdin now presented a further research design at the AMA conference. Together with his research colleagues Ilona Pezenka and Gisela Reiter, he is currently planning several follow-up studies. These will investigate how different representations of identical numerical information in sustainability messages affect consumer interpretation, such as:

Especially in sustainability communication, the presentation of information in an understandable form is of great importance. Through targeted food for thought, the behavior of consumers can be influenced without having to resort to commandments or change economic incentives.

What facial expressions reveal and how we can consciously control them

Ilona Pezenka presented the results of another Web Analytics Lab study on empathy in sales. It is well known in sales research that empathy during negotiations has a major influence on customer satisfaction and thus on the outcome of negotiations. However, the role that different expressions of emotion on the negotiators’ faces play is largely unexplored. Emotion tracking during sales meetings showed the moderating function of the emotion disgust (for example, by nose stubbing or by a raised lip area of the sales person). This reduces an existing empathy and thus also the satisfaction of the customers. From the results of the study it can be concluded that negotiators should consciously control their facial expression in order to be more successful. Finally, the researcher also presented examples from the field of medicine, which show that empathy and the control of facial expressions can be learned and optimized in special training sessions. Such training should be increasingly used in the sales area.