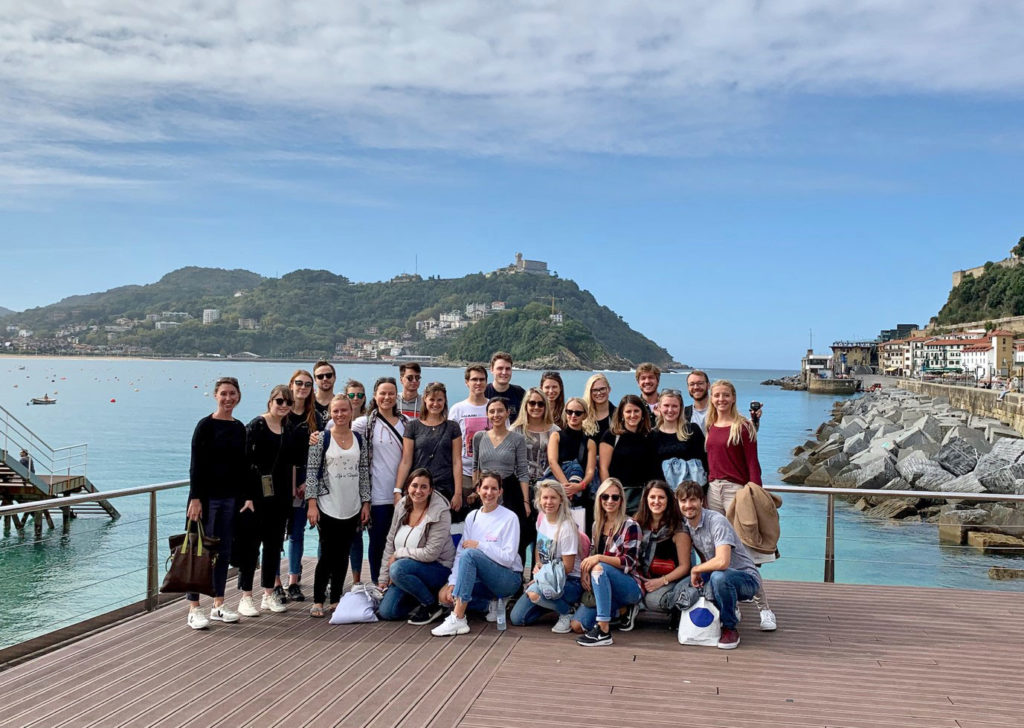 Group photo of the students in the bay of San Sebastián. (© Michael Roth) 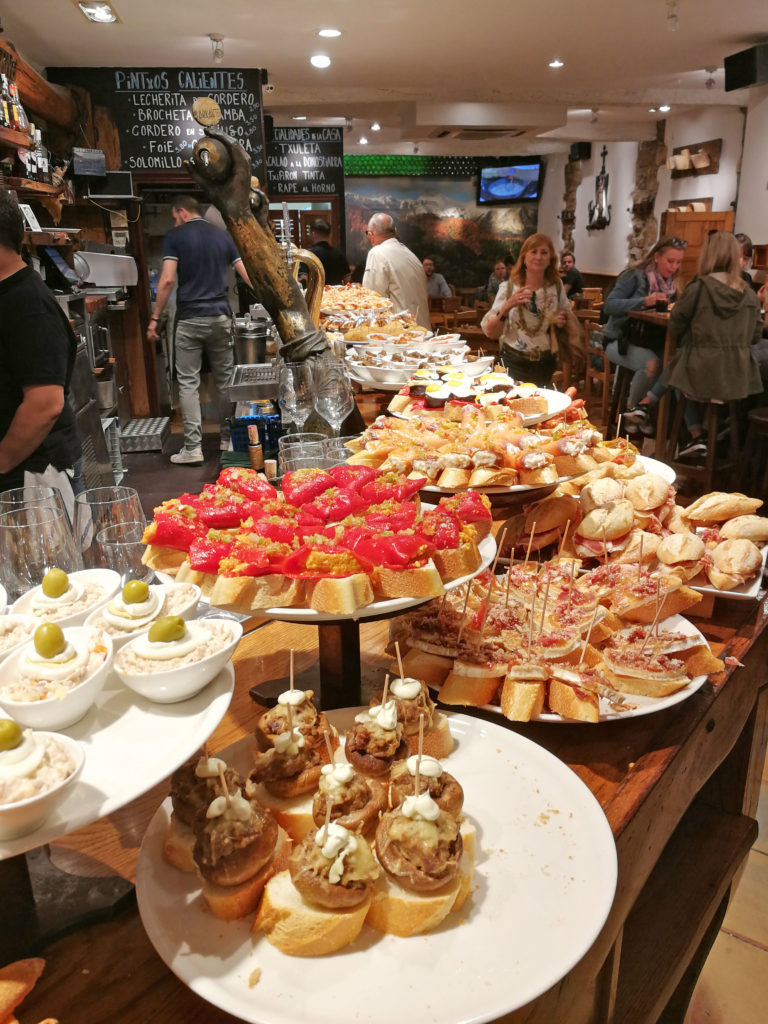 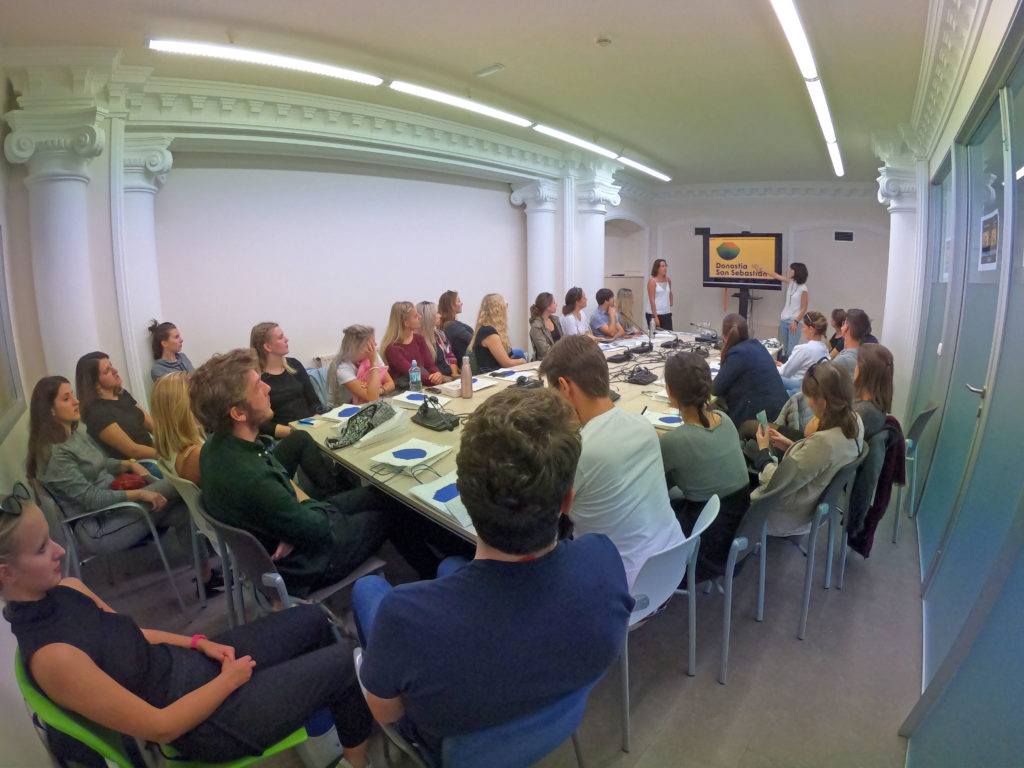 Expert talk with the San Sebastian Tourism Board (© Michael Roth)

A journey to discover culture, culinary delights, the beauty of nature but also problems with tourism development along the Pilgrim’s Way to Santiago de Compostela.

The second year of the Master’s program “Leadership in Tourism” at FHWien der WKW undertook a study trip along the Camino de Santiago from October 5-11, 2019. The following cities were visited by the students: Bordeaux-Biarritz-Bayonne-San Sebastián- Santander-Gijon-Santiago de Compostela.

In their free time, the students explored the centers, cathedrals and beaches of the visited cities. Stopovers at the Dune du Pilat and the Los Picos de Europe National Park offered the group breathtaking views of nature.

Both in the Cité du Vin and during a guided tour of Château Pape-Clément in Bordeaux, the students were able to learn interactively about the production, smells and tastes of wine. In San Sebastián, the group tasted and learned about pintxos, which are specialties from the Basque Country.

In numerous discussions with tourism managers from the respective cities the students got valuable insights into the problems and opportunities of tourism. The students learned that Bordeaux is facing problems regarding traffic. Sometimes, in the centers of Bilbao and Santiago de Compostela too many tourists are registered. And the group learnt that insufficient strategies and involvement of the inhabitants also leads to problems.