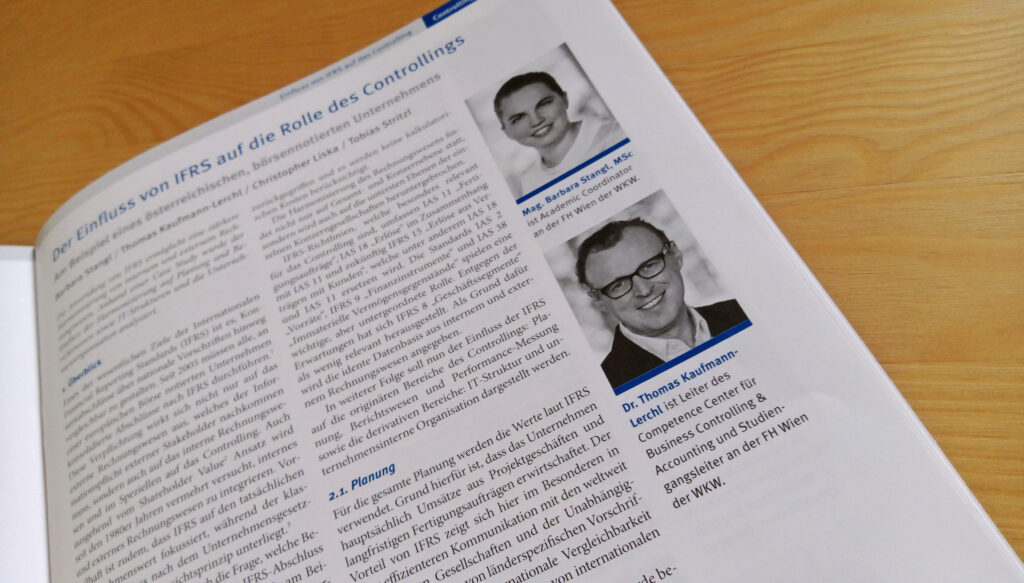 In the January issue of CFO aktuell, the Competence Center for Business Controlling & Accounting presented the case study of an Austrian publicly listed company, in which the effects of IFRS on controlling were analyzed. The introduction of IFRS resulted in various simplifications in the case presented, such as the elimination of calculative interest and a reduction in necessary documentation due to a realistic database.

Controlling benefited in particular from a company-wide, central data source, through which planning, reporting and performance measurement were better integrated. Changes in IT infrastructure and the internal organization further enhanced the advantages of IFRS financial statements.