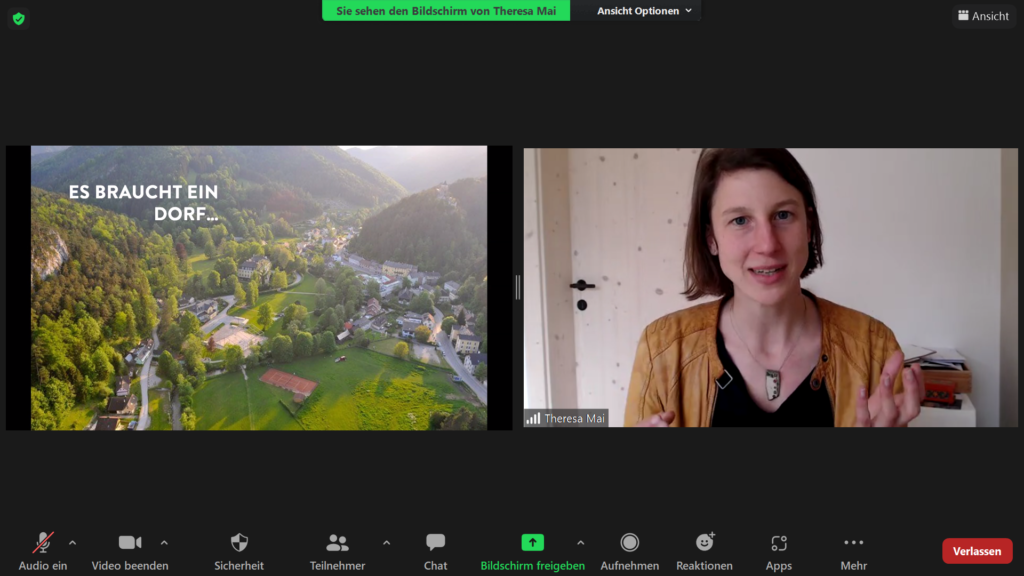 Let’s make the world a village! This was the motto of the Alumni Talk with Theresa Mai on March 30, 2022. The graduate of the Corporate Communication and Executive Management study programs took the participants to “her” village. Already during her studies, the enterprising visionary founded her first company – at that time it was a small agency, together with a fellow student. But even later, the network she built up at FHWien der WKW benefited her. At the age of 22, she founded the company WOHNWAGON, which moved to Gutenstein, Lower Austria, a few years ago – a village with a lot of potential, according to Mai.

It takes a village!

To revive village structures and show how we might live and work in the future, she founded a cooperative. Because according to Mai, what makes us humans happy is being a self-effective part of a big whole. Since then, she and her team have pretty much turned the village upside down.

Our graduate explained to the audience why the village principle, although it often seems to us like a slightly romantic view of the past, is actually a vision of the future. She spoke of joint regional management, mutual support in the development of potential, tangible structures. And last but not least, she also showed how companies can use a rural location to flourish.